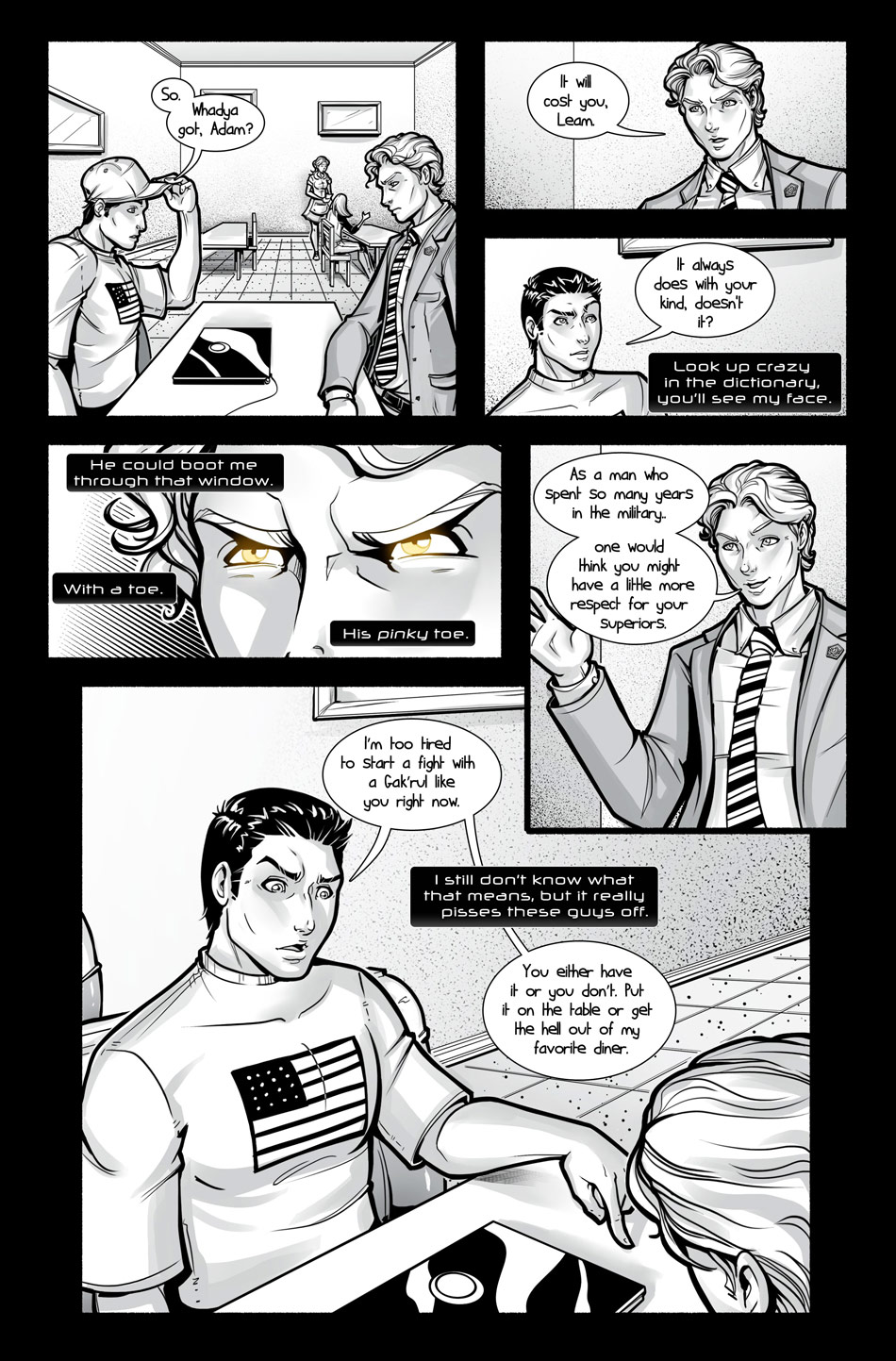 This page is still one of my favorites for a lot of reasons. The conversation here was where I originally started the script many years ago. I was just doing a series of exercises in an attempt to write some believable dialog that actually served to personalize some characters.

It also shows the first long conversation in the series, and for this type of comic it's pretty terse. I tend to believe in "show, don't tell." Which as a writer, is probably a horrible strategy. But when you have an artist as talented as Danielle, you have a lot to lean on.

Ultimately you have to make yourself happy, but I have to say this made a lot of people happy. I love Leam's face in the last panel.